21 June 2019: A Government defence minister today praised Horsham-based engineering firm Chess Dynamics for its work “at the leading edge of technical innovation”, and representative of UK small and medium sized enterprises (SMEs) described as the “lifeblood of the UK economy”.

Representatives from Chess Dynamics and its parent company Cohort plc welcomed a visit by the Minister of State for Defence Procurement, Stuart Andrew MP, and local MP Jeremy Quin to its factory in Horsham.

The aim of the visit was to provide a first-hand view of what Chess Dynamics does and how its systems are used to support British and global armed forces.

Defence procurement minister the Rt Hon Stuart Andrew MP said; “SMEs are the lifeblood of the economy and I congratulate Chess Dynamics for being at the leading edge of technical innovation.”

During a wide-ranging discussion on the role of SMEs Jeremy Quin MP was extremely pleased to hear how Chess Dynamics was expanding its base in his constituency. He said: “Chess is a company which is actively recruiting local people, offering technical apprenticeships and internships for graduates and school leavers, bringing innovation and building the technical knowledge base and skills in this part of West Sussex.”

Graham Beall, CEO of Chess Dynamics, commented; “It was very encouraging to hear from the minister about the work that is going on within the Ministry of Defence (MoD) to streamline procurement practices and enhance the role that SMEs like ourselves play. We were assured that the MoD and its procurement arm in Abbey Wood is listening to smaller companies and is making active and positive efforts to engage with them.

“I was particularly pleased to learn more about the Innovation and Defence and Security Accelerator funds being made available for companies like Chess Dynamics, which will further enhance or continued growth and boost the economy and skilled engineering roles in our region.”

The delegates were given a guided tour of the site and saw examples of technologies developed by Chess which are helping meet the challenges of modern defence and security operations.

They were also shown a recently developed electro-optical 3D radar surveillance system that will come into service in 2019.

Graham Beall added: “I would like to thank Jeremy Quin MP, who has always been a very strong advocate of Chess Dynamics, and Stuart Andrew MP, for taking time out of their busy schedules to visit our site. We look forward to working with them in the future as we continue to grow.” 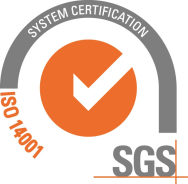